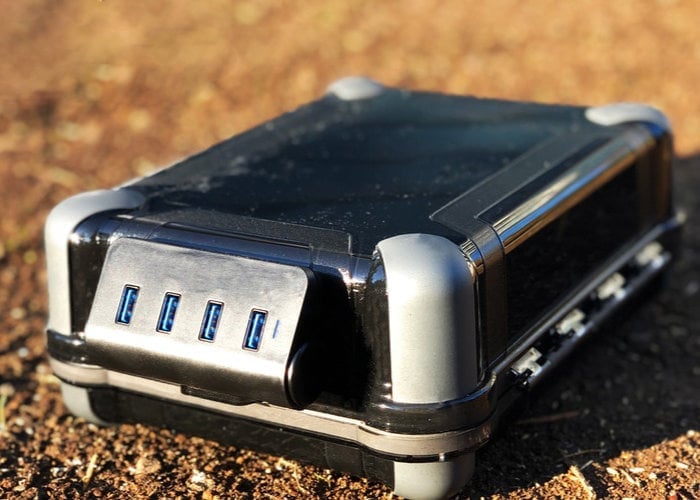 If you need plenty of power while away from the grid you may be interested in the Ultrapack, a rugged external battery pack equipped with a 100,000mah battery. Launched via Kickstarter this month the battery pack is now available with earlybird pledges starting from $169 or roughly £132. The campaign is successful worldwide shipping is expected to start sometime around February 2020. Unfortunately the $169 price is only available to the first 20 backers after which the price will rise to $199 or £156. Check out the video below to learn more about the inspiration behind the powerful battery pack capable of charging for devices for up to a month.

Specifications of the Ultrapack external battery pack include :

The creator of the powerful battery pack explains more about the project and the inspiration behind it . “So, I built my first portable battery. It weighs 12 pounds, fits in a backpack, briefcase, or large purse. With a car or SUV full of 5-8 people, there’s never enough charging ports to go around. Tossing this in the backseat solved a lot of problems. A battery this big is a perfect survival tool. If your power goes out, you can charge four devices for weeks. It’s also great for camping and backpacking (Unless you like going without devices on those trips, but then, how are you getting pics for the gram?) One of the first few things people look for after a natural disaster is Food, Water, and a place to charge their phone and communicate.”