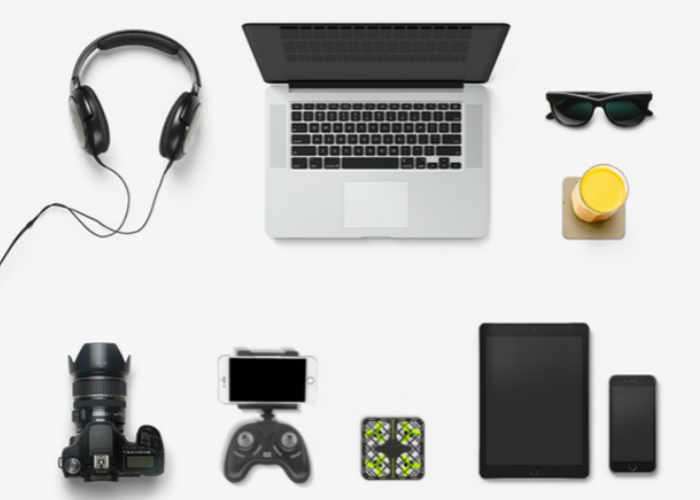 A small but powerful camera drone has been launched by Indiegogo and takes the form of the SMAO Drone which can be used with virtual reality glasses to explore the world from a completely different angle.

Watch the demonstration video below to learn more about the SMAO Drone which measures just 2.56 inches in size and weighs just 40g and is now available to back via Indiegogo with pledges starting from just $69 per super early bird backers.

The developers of the SMAO VR drone explain more about its design and functionality:

Maybe it is tiny, but it’s a metric ton of fun, featuring extensive functions, such as 2K high-definition anti-shake camera, VR connection, well-controlled capacity and higher stability. The World’s Smallest Camera SMAO Drone: the Most Intelligent, the Most Interesting and the Safest！ Fly the Hummingbird-like Drone Through Your Eyes！

SMAO is characterized by its 2.56 inch body size and 40g of weight, but it bears amazing hardware features (such as 2K high-quality camera, gyroscope stable system, high pressure system, high-strength grid structure armor and 650mah high power capacity) and cool software features (such as WIFI connection, real-time transmission and tracking flight system). What’s even better is that SMAO gives you an eye by virtue of VR glasses; wherever you want to explore, the drone will take you to find out, regardless of the vast sky, or narrow and secret areas.

WIFI controlled camera will give you complete control over SMAO, and you can watch it all and make it fly exactly in accordance with your planned flight routes. SMAO has the mode combining mobile phone and high precision remote controller, so it is unobstructed and free of interference such as unexpected phone calls. When the VR glasses and remote controller are combined together, you are undeniably one of the flying aces of SMAO.

For more information on the new SAMO Drone jump over to the Indiegogo website for details by following the link below.