Corsair have just released an new member into its Flash Voyager range the Flash Voyager GTR 128GB USB 2.0 Drive. This new USB drive delivers lightning fast speeds up to 34MB/sec read speed and write speeds up to 28MB/sec. Priced at $426 your pocket will be a lot lighter, but hey, those speeds. 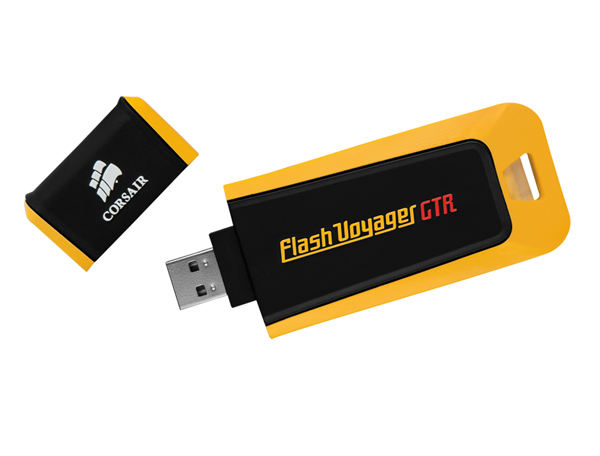 These new found speeds are down to its new quad-channel architecture. Which Corsair say is even capable of running your OS and applications if needed. The previous version the 128GB Voyager GT launched last August only has 32MB/s and 25.6MB/s read and write speeds respectively.