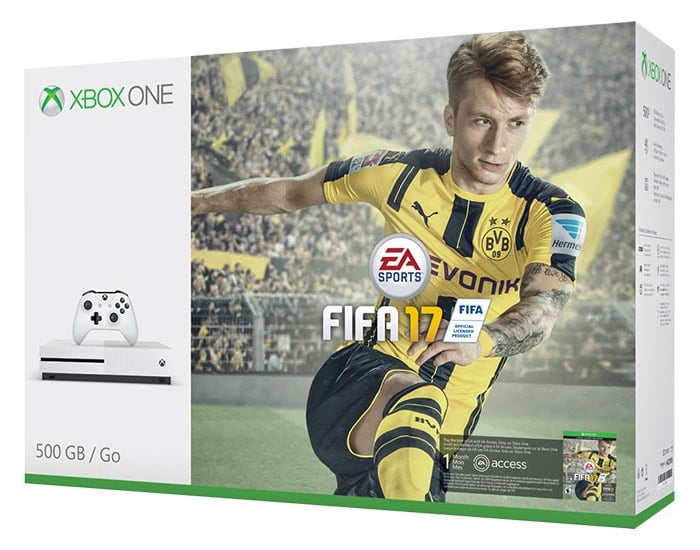 Those of you considering purchasing one of Microsoft’s new Xbox One S bundles in the UK, might be surprised to know that an Xbox One S bundle offering 500 GB of storage together with the latest FIFA 17 game is now available to purchase from the likes ofTesco’s and others priced at just £199 using a voucher code from the site to take another £25 off the price until September 25th 2016.

The 40 percent smaller Xbox console now sports a white finish and is equipped with a 4K Blu-ray drive together with a few extra features making the original Xbox One look a little long in the tooth.

Configure your Xbox One S to turn on other devices, like your TV, audio/video receiver and cable/satellite receiver. Whether you’re playing a game or watching a movie, the integrated IR blaster will get you to the action faster, allowing you to leave your remotes behind.

For more information on the new Xbox One S jump over to the official Xbox website for details by following the link below.