The last Xbox 360 software update brought a new range of features to the console, some of those included social networking integration from sites like Facebook and Twitter.

Microsoft has announced that over two million Xbox 360 owners used the Facebook service on their Xbox during the first week, making the new feature a huge success. 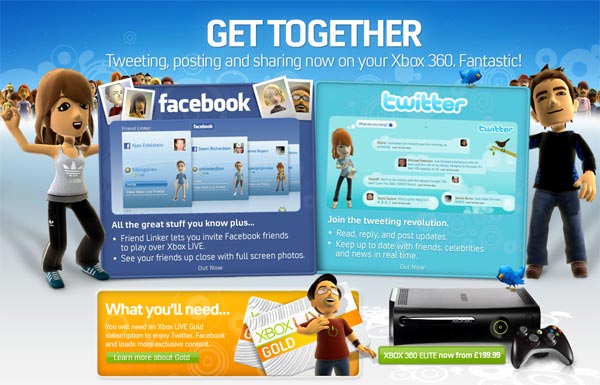 Microsoft haven’t released any details as yet on the number of people who used Twitter on the console, but they have said that the service hadn’t picked up as yet, so I guess Facebook is a lot more popular on the Xbox 360.

Microsoft also said that around 8% of its 20 million Xbox 360 users had visited the new Zune video store which lets you stream full HD movies in 1080p direct to your HDTV.