Twitter now claims to be in control of the spam which they have reduced to 1% with help from engineers on their research team. 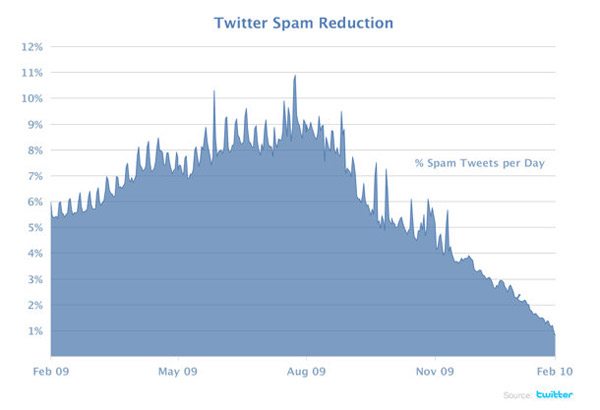 To help tackle the spammers Twitter has also introduced several new methods to combat spam. Including educating its users on larger threat attacks and spammer tactics.

Twitter has also introduced the Twit.tl link shortening service that scans links in Tweets checking for malicious sites that could be used in phishing attacks and malware.

Unfortunately the battle will never be over and as Twitter becomes more and more popular, more spammers undoubtedly will be attracted to try and abuse the system.

Help Twitter fight against spam, by reporting spammers using the “report for spam” link in the right sidebar or in the drop-down actions menu.