There have been reports recently that Twitter’s popularity is declining, well I guess those reports cant be true as Twitter has announced that its users are posting a massive 50 million Tweets per day. 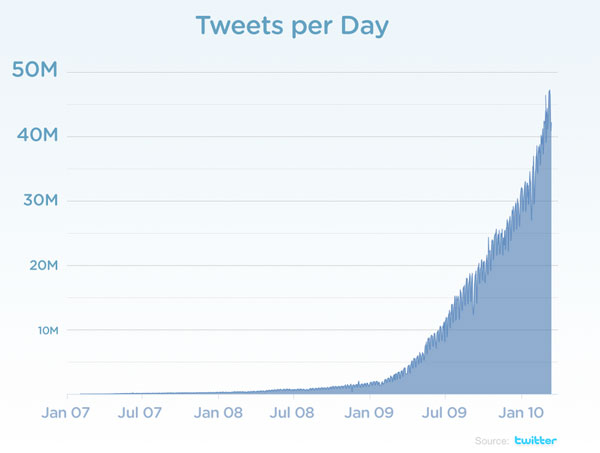 This is a big jump since the start of 2009 when Twitter users were publishing around 2.5 millions 140 character Tweets per day, by the end of 2009 the figure was up to 35 million Tweets per day, a growth of some 1,400 percent.

Twitter is now one of the most popular social networks around, used by celebrities and millions of users around the world. The 50 million Tweets per day work out to be around six hundred Tweets per second, and according to Twitter these figures don’t include spam tweets, something which Twitter has been suffering of late.

It will be interesting to see where Twitter is this time next year, and whether they will continue to grow at such a phenomanal rate. If you are on Twitter you can follow us at twitter.com/geekygadgets.