Twitter has released a new updated for its Mac application this week which brings with it a nu be rod tweaks and enhancements together with the obligatory bug fixes.

But one neat new features of the latest Twitter for Mac update has also added support for Apple’s Notification Center in OS X Mountain Lion. 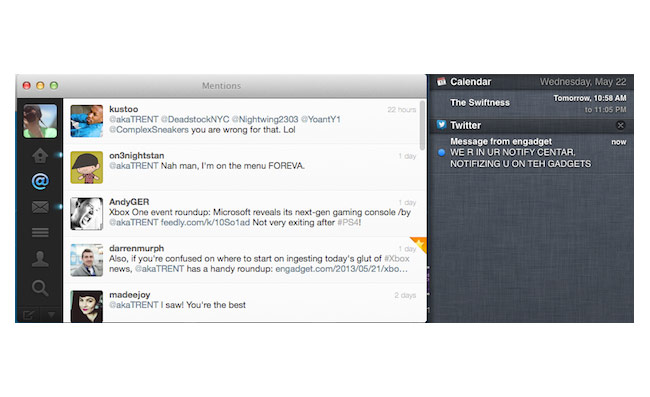 The new update makes it the second in just a few months, after Twitter had neglected the Mac Twitter for years without any update to talk about.

Giving the impression that Twitter was not that worried about the Mac Twiiter app and that it might have been heading for extinction. However the new update over the last couple of months indicate that Twitter does care about its Mac App after all.