Twitter has announced that the will be giving their website a new design, and adding a range of new features to the service. The new Twitter homepage is designed to make it easier for users to share photos and videos on the site.

The new design will features two panes, one will be exactly the same as it is now, displaying tweets, and the other pane will feature pictures and videos within text. 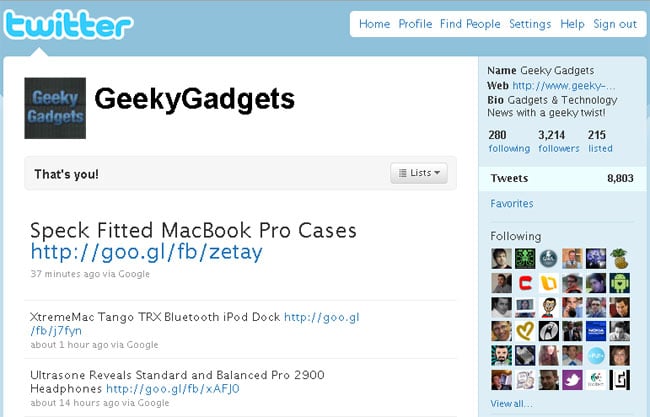 Up until now if you had wanted to view a photo on Twitter you would have to leave the site and view them on sites like TwitPic. Twitter’s obvious intention is to get people staying on the homepage longer, which would help them out this advertising revenues.

Twitter are expected to roll out the new homepage over the next few weeks, it will be interesting to see how Twitter users take to the new design.