The developers of Tweetbot describe the app as a ‘Twitter client with a personality’, it comes with a range of cool features, which include cool animations and sounds, the ability to use multiple timelines, and it also has a range of smart gestures built in. 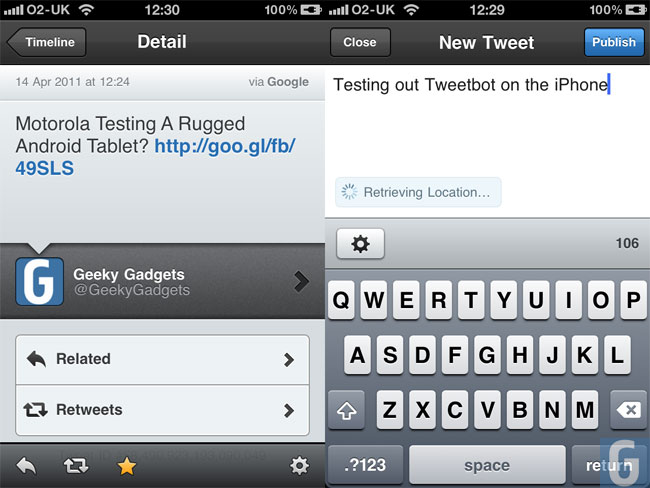 Tweetbot also comes with a customizable navigation, letting you customize tabs, and it also offers support for a range of different services including Read it later and Instapaper.

I have just been testing Tweetbot out since it went on sale earlier, and I have to admit it is pretty impressive, the range of features available plus the effects and sounds make it a fun Twitter client to use, it is certainly very fast and responsive, I suspect this is going to be an extremely popular Twitter client for the iPhone and the iPad Touch.

Tweetbot is available for $1.99 from iTunes.