After Twitter made some radical changes to its Twitter APIs which are used by developers, it was uncertain whether the likes of TweetBot would ever make the light of day, from developer Tapbots.

However after a little tweaking the new TweetBot application has now landed in the Apple Mac App Store. Enabling you to use multiple timelines to keep up to date with Twitter feeds. 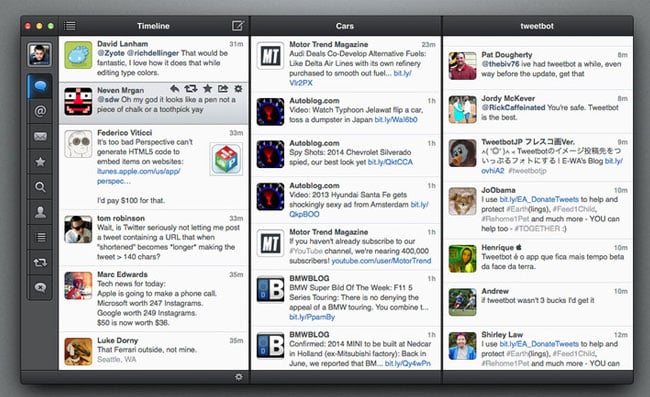 Other features of the new TweetBot App include multiple windows, and columns, retina graphic support, notification centre support, as well as support for Pocket, Instapaper, Readability, CloudApp and Droplr and more.

“Tweetbot is a full-featured Mac OS X Twitter client with a lot of personality. Whether it’s the meticulously-crafted interface, sounds & animation, or features like multiple timelines & column views, there’s a lot to love about Tweetbot.”

Tweetbot is now available to purchase from the Apple Mac App Store for $19.99