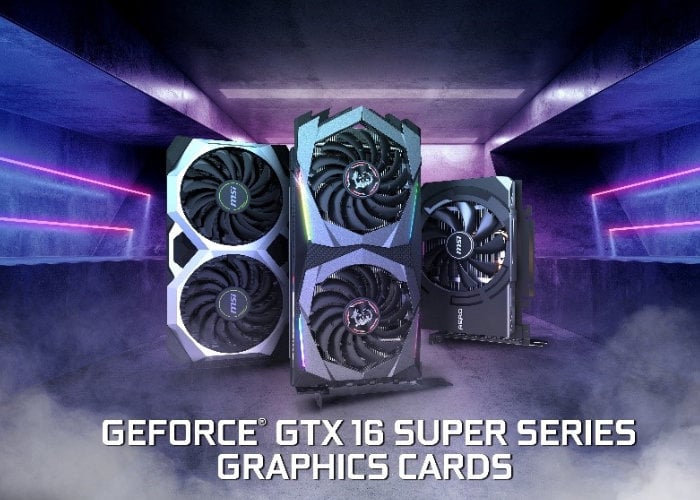 The AERO ITX graphics card has been designed for gamers looking to include Turing technology in its small form factor gaming rig. While both MSI GeForce GTX 1660 SUPER and GeForce GTX 1650 SUPER will also include GAMING, VENTUS XS and AERO ITX models offering a variety of different configurations depending on your requirements and budget. MSI explains a little more about each :

– GeForce GTX 16 SUPER Series AERO ITX : Measuring in at max 178mm length, the GTX 16 SUPER AERO ITX models are small in size, but just as big in performance as their bigger brothers. Matching perfectly with the new Z390I GAMING EDGE AC motherboard, this makes them ideal for small form factor gaming systems and HTPC’s. The AERO ITX model utilizes a single high-performance fan on a compact heatsink featuring efficient heatpipes and optimized dissipation. All of this is covered by a very classy looking black and white shroud with some carbon details. Even in a small form factor, staying as silent as possible is important.