If you have been patiently waiting for Tumblr to launch an iPad version of its application, you will be pleased to learn that today the company has finally launched it.

Tumblr has today rolled out a new updated to its iOS application which brings with it support for Apple’s iPad and iPad mini devices, which has been coded in native iOS rather than relying on HTML. 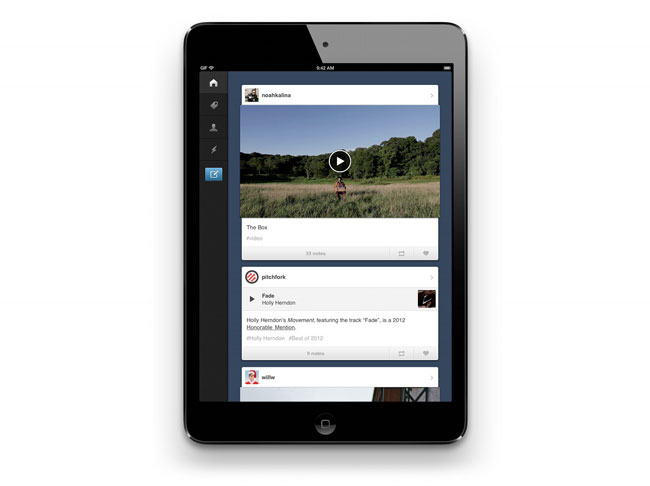 This native iOS coding is the reason why the Tumblr iPad application has taken so long to roll out says Tumblr. The new iPad app allows you to discover and view image on larger iOS screens and includes a handy navigation bar situated on the lefthand side of the screen.

The latest Tumblr iOS app complete with iPad support is now available to download from the iTunes App Store for free. Enjoy!