Work Club, Cutecirctuit and Ballantine’s have combined their resources to create a prototype for what they hope will become the world’s first commercially available programmable Tshirt.

The current prototype has been created to explain their concept in detail and is fitted with a LED display, camera, microphone, speaker and accelerometer, together with a small processor that can link to your smartphones beefier processor for extra power when required. Watch the video after the jump to see the TshirtOS concept explained and the prototype in action. 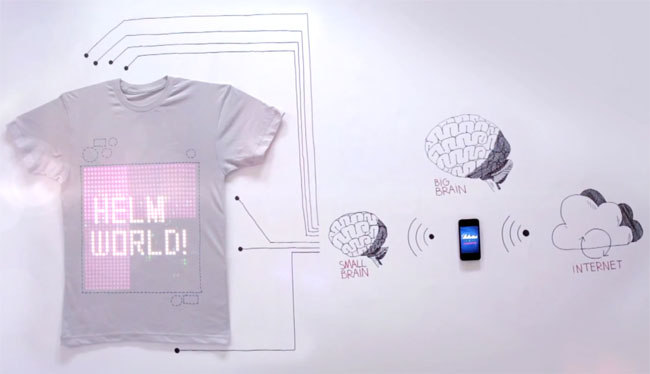 “The original canvas of personal-expression, innovated by Ballantine’s and Cutecirctuit. A working, digital t-shirt that can be programmed by an iOS app to do whatever you can think of. Ballantine’s & Cutecircuit believe in the power of personal expression and want to make tshirtOS available for everybody to buy. How will you Leave An Impression with tshirtOS?”

Unfortunately no information on pricing or worldwide availability has been released as yet, but as more people express an interest in owning one of these next generation Tshirts, then it might make the jump into production. More information is available from the TshirtOS Facebook page.