A new commercial has been created by Ryactive, bringing together Tron Guy, (Jay Maynard) and Duct Tape to create ” Duck Tron”. Watch the video after the jump complete with showdown when Tron Guy’s wife crashes the party. 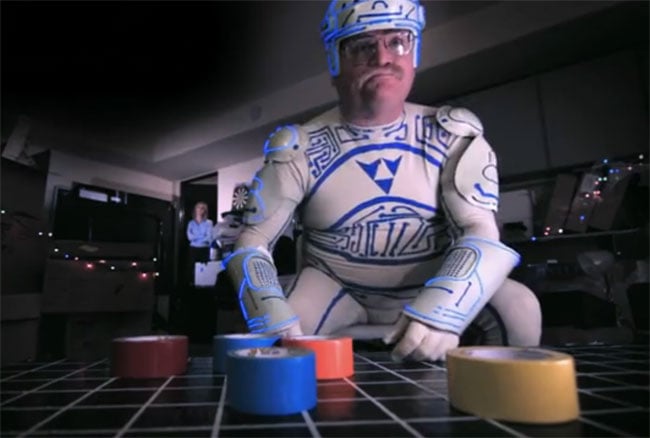 When he’s not playing Tron Guy, Jay Maynard is a computer programmer and system administrator and the volunteer project maintainer for Hercules, an emulator of IBM mainframe hardware.

When the sequel movie Tron: Legacy was released he was unfortunately not allowed to view the film in his iconic Tron suit at his local movie theatre because of the illuminating lights on his suit might distract other movie goers.