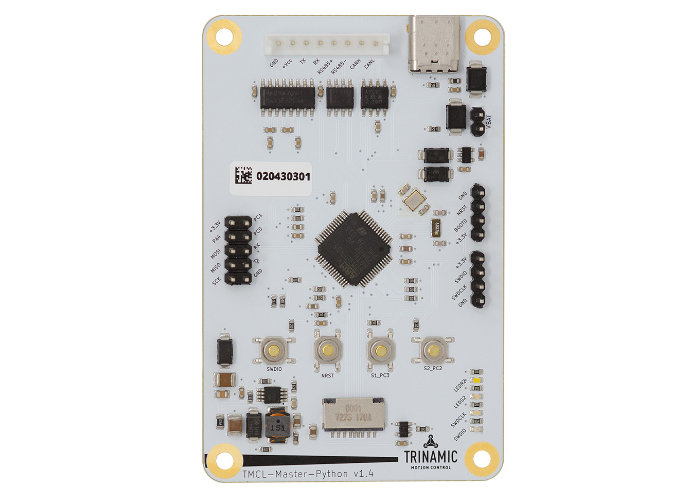 Python enthusiasts, hobbyists and developers may be interested in a new Trinamic TMCM-0960-MotionPy open source single board computer which can be powered by Python. The TMCM-0960-MotionPy board comes with several communication interface options such as CAN, RS485, UART, and separate GPIO headers and supports a supply voltage range of +6 to +50V.

“It is the engineers’ swiss army knife for small automation applications. Plugging directly into the application for logging data on an SD card or updating subsystems without the need for additional tools, the module offers a total of 13 functions in Python programming language for ease of use.”

Features of the Trinamic TMCM-0960-MotionPy include :

Software projects for the Trinamic TMCM-0960-MotionPy open source single board computer are available via GitHub.