Trendnet has this week unveiled their new 450Mbps Dual Band Wireless N Media Bridge TEW-680MB (Version v1.0R) which has been designed to allow you to connect all your media centre devices including gaming consoles, televisions, DVRs, and more to the Internet over a ultrahigh performance 450Mbps wireless network.

The Trendnet 450Mbps Dual Band Wireless N Media Bridge is equipped with 4 Gigabit ports and will use both the 2.4GHz network or the less congested 5GHz network to wirelessly stream HD video and is Wi-Fi compliant with IEEE 802.11a/b/g/n standards. 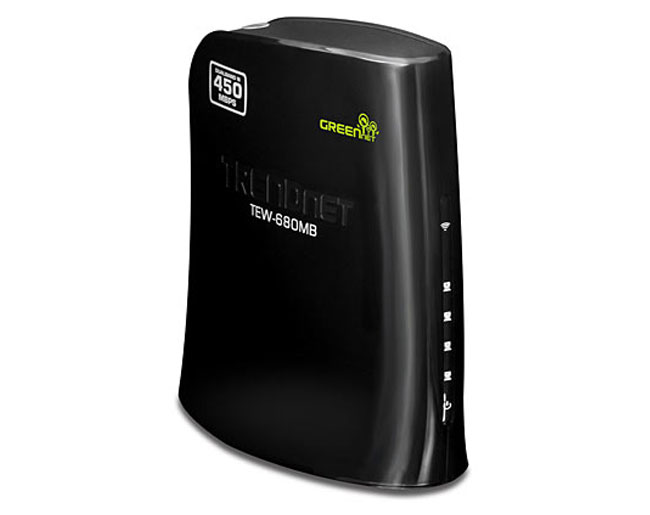 Out of the box it will connect network-ready Blu-ray players, televisions, digital video recorders (DVR), receivers, and gaming consoles such as Nintendo Wii, Xbox, Xbox 360, PlayStation 2, and PlayStation 3 to a high speed wireless n network. Supporting up to WPA2-PSK wireless security.