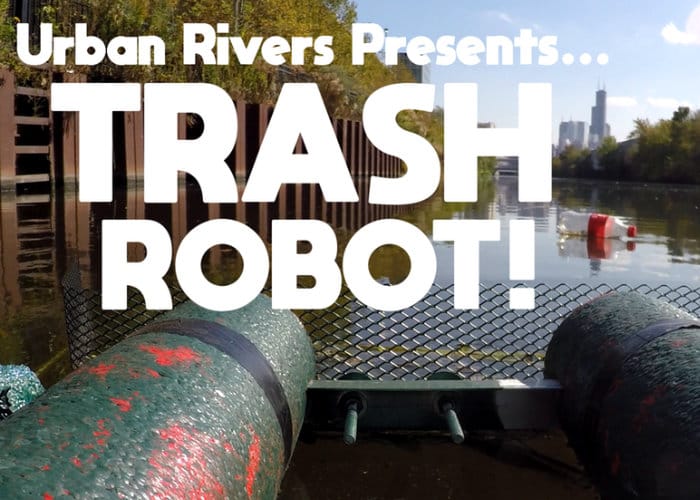 A unique Kickstarter campaign has launched this week by Urban Rivers, to create a multiplayer game that allows players to clear up rivers from litter in real life. The Trash Robot project is looking to raise $5,000 to help first clean up the Chicago River. The unique robot can be driven by anyone via the website and real trash will be removed from the river everyday. Watch the demonstration video below to learn more about the trash collecting robot and its unique concept.

The team behind the project explain more about the trash robot and its inspiration “First, we tried cleaning it up by hand. Every other day someone would kayak out to remove this garbage. What did we find out? That was not enough. Trash appeared at random times in large quantities. Sometimes we would remove all the trash and two hours there was more. So we created a trash task force and went to the drawing board and this project could’ve never gotten to the sophistication it is at today without the hard work of the Robot Team. Our team then prototyped a Remote Control boat which was capable of herding trash to a safe location where it could then be removed. This proved not only effective… but super entertaining.”

For a full list of all available pledges to help the project succeed jump over to the official crowdfunding campaign page on Kickstarter, by clicking the link below.