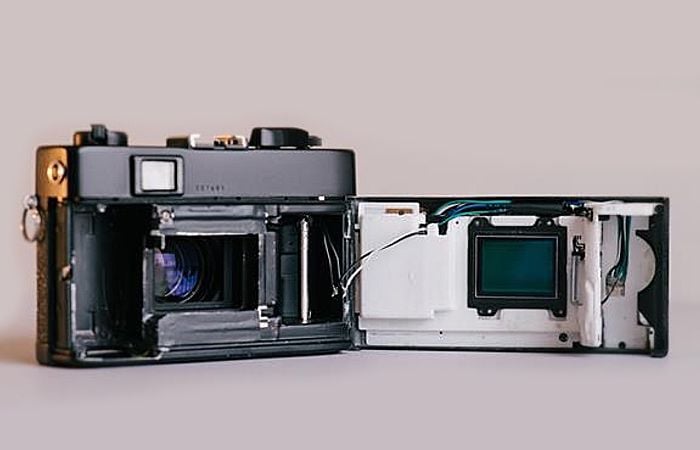 Ollie Baker has published documentation on how he has transformed a Konica film camera to digital camera using a selection of 3D printer parts.

The original camera was made back in 1973 and features a 38mm f1.8 lens, that was loaded with old style 35mm film. Using the internal components from a Sony NEX-5 together with some custom designed 3D printer parts and a redesigned backplate.

Ollie has been able to transform the film camera into a digital camera, watch the video below to learn more and see the new customised camera in action.

About a year ago I was awarded a generous amount of money from the Arkwright scholarship fund with which I decided to take a good old film camera and ‘digitise it’ using components taken out of the smallest digital camera I could find with a reasonably sized sensor, the Sony NEX-5.

The analog camera I chose was the Konica Auto S3 rangefinder because it has a stellar fixed 38mm f1.8 lens with an unobtrusive internal leaf shutter.  The viewfinder is very clear and being a rangefinder is easily adjustable for use with a different focal plane.

A rangefinder mechanism allows the camera to be small (no large mirror) and won’t get in the way of the sensor which has a protruding AA filter on the front. Unfortunately the camera doesn’t have a built in diopter to adjust for glasses wearers but I managed to cut an old glasses lens of mine to fit into the viewfinder as a diopter adjustment.

If you are interested to learn exactly how Ollie transformed the film camera to digital camera he has kindly provided details for his FRANKENCAMERA on his WordPress site.