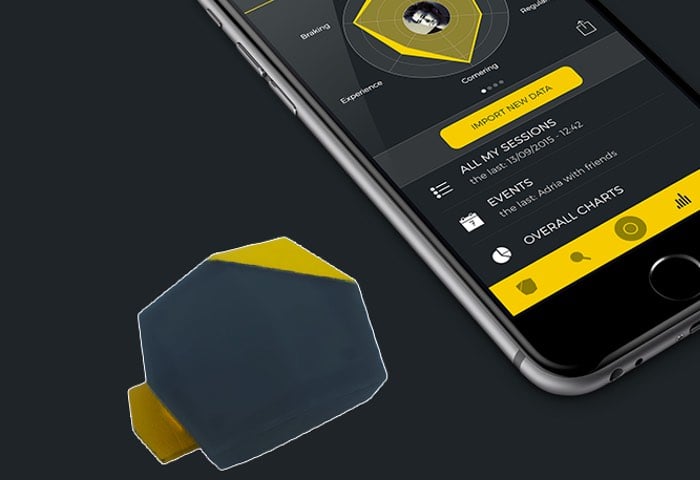 Italian engineering company Brain has created a new way to track your motorcycle performance using a small piece of hardware that connects directly to a companion application on your smartphone.

Check out the promotional video below to learn more about the Brain One motorcycle monitoring system which is capable of collecting data to track and improve your motorcycle and motorsport performance with ease.

The system is also capable of creating data overlaid on videos allowing you to see exactly when certain peaks in performance take place, or where performance could be tweaked and fined tuned even more to provide that extra boost. Its developers explain a little more about the inspiration, design and functionality of a new motorcycle performance tracking system.

BRAIN One is a portable, stand-alone smart telemetry device for motorsports. It tracks your performance, provides feedback in real-time and stores your performance data to instantly share results with friends. This standalone device attaches to your vehicle without cables or wires and begins a recording session that feeds directly to your phone with the push of a button or, if you don’t have the smartphone with you, stores your information into the internal memory until it’s ready to be synced.

BRAIN One is the perfect performance gadget for not only athletes, but developers too. BRAIN One is an open and multisport device built with Android software that is also compatible with iOS devices. Use BRAIN One’s open API to develop new applications for any sport. So, whether you love motocross, go karting, snowboarding or anything else, BRAIN One allows you to unlock infinite possibilities for your favorite sport.

BRAIN One not only measures your performance, but also allows you to challenge friends and capture awesome video with your GoPro or other action camera. Simply film your ride and automatically overlay your performance stats for action-packed videos. BRAIN One’s goal is to allow you the opportunity to track every detail of your sessions, analyze your performance and share the adrenaline to feel like the greatest of champions. Our BRAIN, your heart.

The Brain One project is currently over on the Kickstarter crowd funding website looking to raise enough pledges to make the jump from concept to production. So if you think Brain One is something your bike could benefit from, visit the Kickstarter website now to make a pledge from $199and help Brain One become a reality.