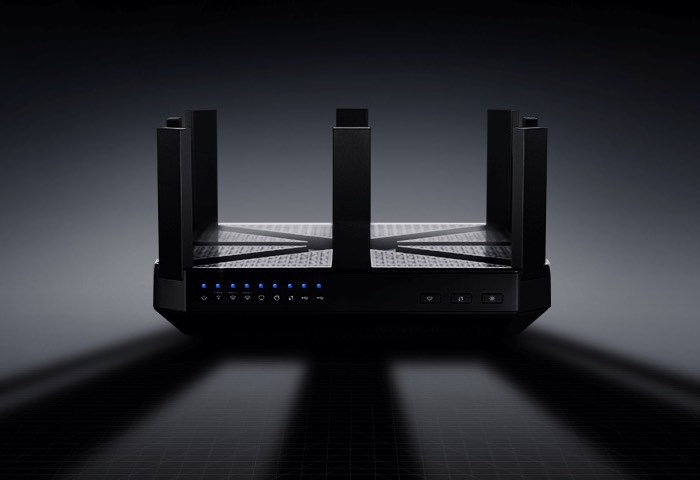 TP-Link has launched a new router this week in the form of the TP-Link Talon AD7200 which supports the wireless 802.11ad standard and is capable of providing 7200Mbps combined wireless speeds.

It also comes equipped with 8 antennas to make sure there are no wireless dead zones on your premises and can provide speeds of up to 800Mbps on the 2.4GHz band, 1733Mbps on the 5GHz band, and 4600Mbps on the new 60GHz band. 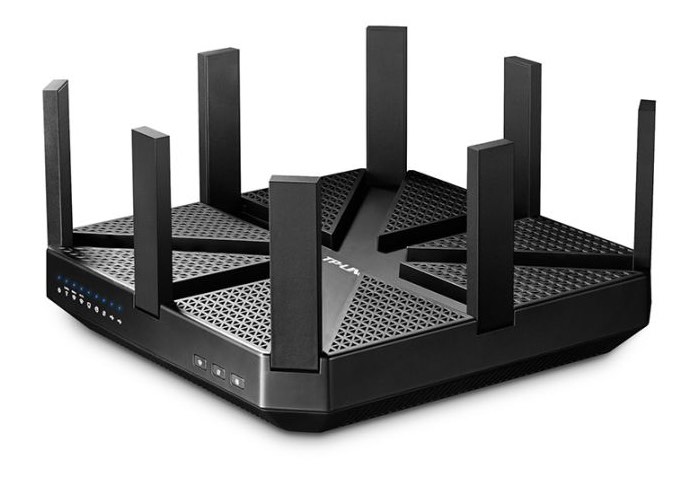 Unfortunately this new technology does come at a price and the new TP-Link Talon AD7200 route is priced at a hefty $350. Features include :

Wireless AC and Multi-User MIMO Technologies allow the AD7200 to serve multiple devices at the same time, providing speeds that are up to 3X faster for all devices on the 2.4GHz and 5GHz bands.

Talon AD7200 uses the latest, most powerful wireless technology to provide speeds of up to 4600Mbps on the groundbreaking 60GHz Wi-Fi band, completely revolutionizing your definition of fast. The AD7200 uses Multi-Band technology to run three distinct Wi-Fi bands at once, with the combined Wi-Fi speed of up to 7200Mbps, creating a network that can connect to more devices without a trade-off in performance.

For more information on the new TP-Link Talon AD7200 jump over to the official TP-Link website for details via the link below.