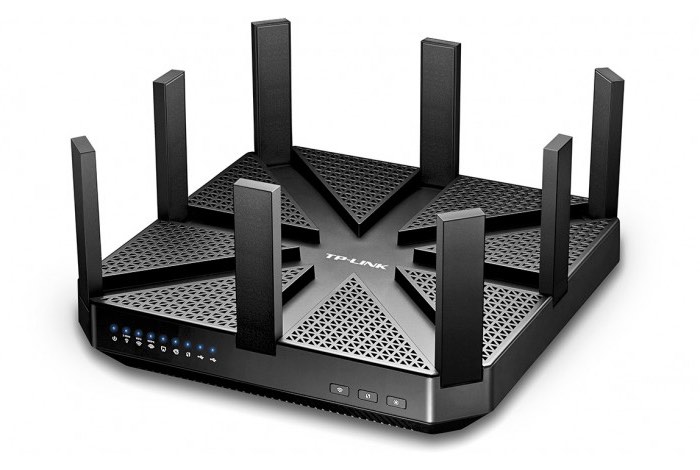 At CES 2016 this week TP-Link has unveiled the world’s very first router to support 802.11ad in the form of the new TP-Link Talon AD7200 router. Offering users faster speeds up to 7.2Gbps thanks to multiple 2.4GHz, 5GHz and 60GHz bandbands that combine.

The new TP-Link Talon AD7200 is fitted with eight antennas each with its own amplifier together with four Ethernet ports and two USB 3.0 ports. Although the 60GHz band is only available in the same room as it faces issues travelling through walls.

Qualcomm is continually investing in new, innovative technologies to meet the increasing bandwidth demands resulting from overcrowded networks. We are leading the way with 802.11ac wave 2 with MU-MIMO to improve efficiency in the 2.4/5 GHz bands and now once again are bringing groundbreaking 802.11ad technology to commercial fruition. These technologies combined with the unique features of TP-LINK’s Talon AD7200 Multi-band Wi-Fi Router are designed to improve wireless networking and user experience.

Unfortunately no information on pricing or worldwide availability has been released as yet for the TP-Link Talon AD7200, but as soon as information comes to light we will keep you updated as always.