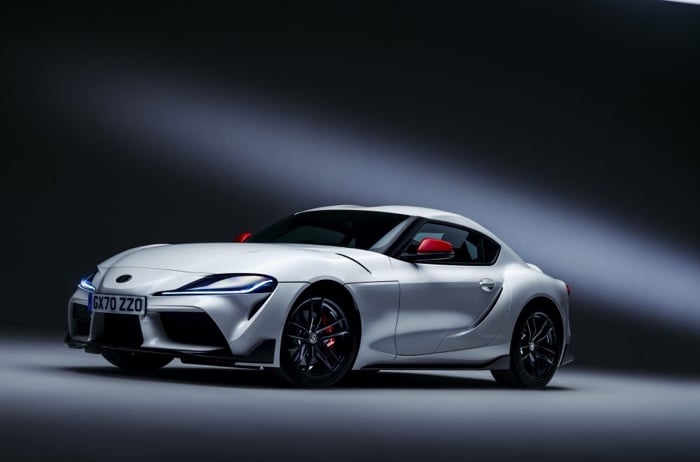 Toyota is launching a new version of their Supra in the UK, the Toyota Supra GR 2.0 and trhe car is powered by a 2.0 litre four cylinder engine with a turbo.,

The Toyota GR Supra has made a remarkable impact, affirming its status as a sports car in its purest form, designed and engineered for the joy of driving. As the first global model to be developed by Toyota Gazoo Racing, it has drawn on Toyota’s sports car heritage while exploring new horizons of handling and performance.

Now the range is being extended in the UK for the first time with the established 3.0-litre six-cylinder turbocharged engine being joined by a new 2.0-litre four-cylinder turbo unit.

You can find out more information about the new Toyota Supra GR 2.0 over at Toyota at the link below, prices start at £45,995, there is also Fuji Speedway Edition which costs £47,395.