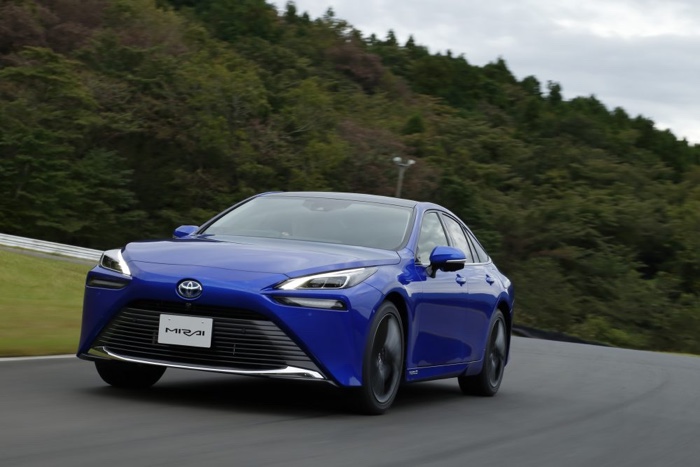 The Toyota Mirai comes with an extra hydrogen fuel tank which extends the range of the vehicle up to around 400 miles.

Toyota’s vision for a future sustainable hydrogen society recognises the value of hydrogen as a viable and plentiful resource for carrying and storing energy. It has the potential to deliver zero carbon mobility, not just in road vehicles but equally in trains, ships and planes, and to generate power for industry, businesses and homes. It’s also an efficient means of storing renewable energy and can be transported to where it’s needed.

Toyota began development of a hydrogen fuel cell electric vehicle in 1992, successfully introducing the Mirai saloon to world markets in 2014. This breakthrough achievement was founded on the company’s world-leading experience in hybrid technology, the core technology for a wide range of different electrified vehicle powertrains.

You can find out more details about the new Toyota Mirai over at Toyota at the link below.