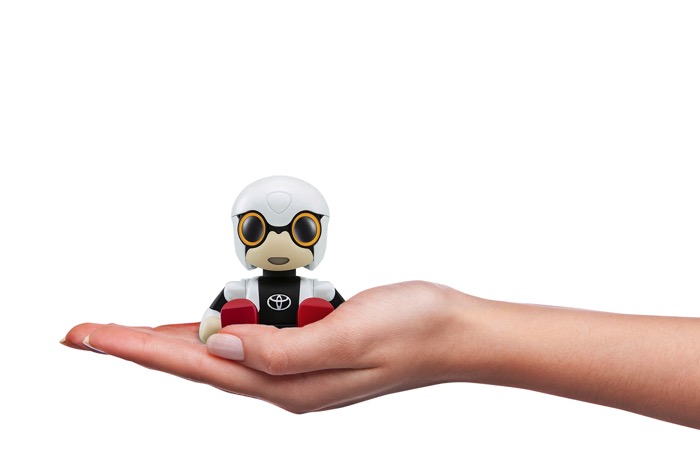 Toyota has announced a new mini robot that it will launch in Japan, the Toyota Kirobo Mini and the robot will retail for around £300.

The Toyota Kirobo Mini will be launching in Japan next year and this mini palm sized robot stands just 10cm high.

As part of the Toyota Heart Project – our vision of a future where humans and artificial intelligence work together for a better world – we have created Kirobo Mini, a new, 10cm high communication companion. He can talk to you, gesture at you, and detect and respond to your emotions, but his mission as your new portable friend doesn’t end there.

With people spending an average of 4.3 years of our lives in our cars (which equates to traveling to the moon and back three times) Toyota believes that much can be learnt about our behaviour and emotion while driving. And that’s where Kirobo Mini could help.

You can find out more details about the new Toyota Kirobo Mini robot over at Toyota at the link below, as yet there is no information on when he will be available in other countries.