Toyota has released details of a new concept vehicle it has designed that it will be showcasing at the 2013 Geneva motor show, in the form of the Toyota i-Road EV.

The Toyota i-Road EV is a three wheel vehicle that leans like a motorcycle, and has been designed as an electric city car, which Toyota hopes will be the future of urban motoring. 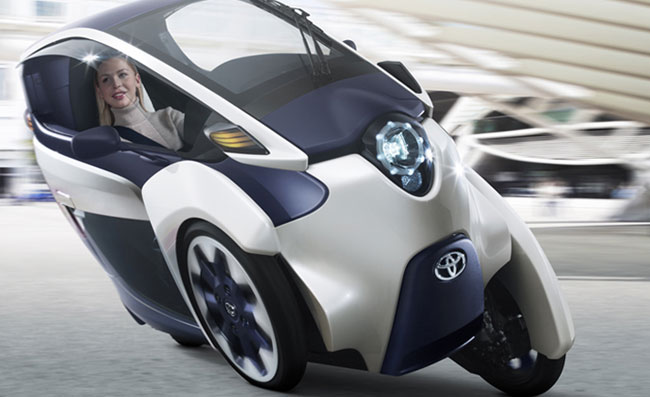 “The i-Road’s two front wheels are each powered by their own 2kW electric motor. The batteries give a range of 30 miles, and take three hours to fully recharge from a household socket. A Twizy takes three and a half hours to juice up, and has a claimed 50-62-mile range.”