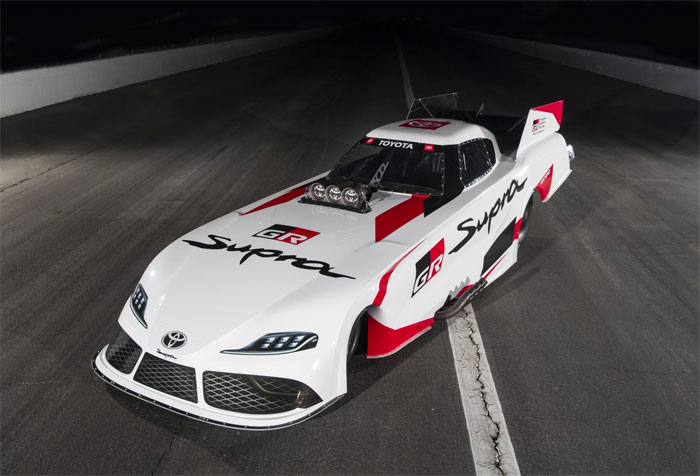 Toyota has revealed its new Funny Car that will be used in the NHRA drag racing series. For the 2022 NHRA season, Toyota will race a Funny Car with a body based on the GR Supra. The Supra racing car is replacing the previous Camry racing car.

Having the Supra as Toyota’s Funny Car makes much more sense than having the Camry since the Camry is a four-door family car and the Supra is a sports car. The first race where we will see the GR Supercar will be the season opener in Pomona set for February. Toyota has spent several years racing in Funny Car going back to 2012.

Previously, the racing car has been based on the Camry, Celica, and Solara. The 2021 season marked the 20th anniversary of Toyota being involved with NHRA racing. While the body is all-new, presumably, the mechanicals underneath is essentially the same as last year’s Camry race car. That could mean up to 11,000 horsepower.