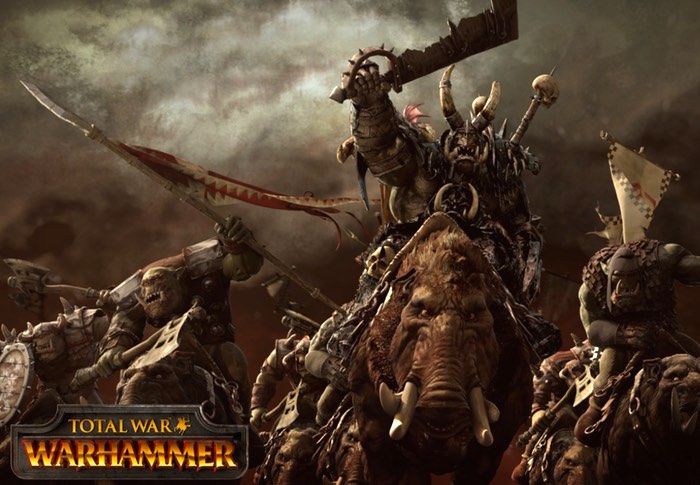 Creative Assembly has this week announce more details on the different DLCs you can expect to be released for the Total War Warhammer game once it has been officially launched next month.

The new Total War Warhammer game is currently in the final stages of development and will be launching on PC, Linux and Mac systems on May 24th, 2016. Providing a turn-based strategy real-time tactics game that has been developed by Creative Assembly and will be published by Sega.

Total War Warhammer DLCs will be both free and offer some available to purchase, being split into Lord Packs, Race Packs, and larger Campaign DLC Packs. The free DLC for the game will offer players a whole new playable race and is expected to be released towards the end of 2016. Creative Assembly explains more about what you can expect from the free DLC.

Over the last few years we’ve been releasing a load of free content alongside updates and paid-for DLCs; from new playable factions and units, free additional formats like Linux and Mac and even an entire Campaign Pack expansion.

For Total War: Warhammer, you can also expect a selection of content covering more of the iconic good stuff you’ll see in the main game; from new units offering new tactical potential in battle, to new magic lores to augment certain races’ spell-casting arsenal. Perhaps most importantly for long-term replayability, you can also expect to see the occasional new Legendary Lord who will shake up a race’s strategic potential in interesting new ways. Last but not least, towards the end of the year we will add a new playable race to the game, including new Legendary Lords, magic items, quest chains, and units. The image below gives you a rough idea of our plan on this, subject to change. The best way to keep up-to-date with new content as it drops is to follow us on our official Social Media channels, where we will always be announcing the latest news as it happens.

For more details on all the new War Warhammer DLCs jump over to the official Total War website for full details on each via the link below.