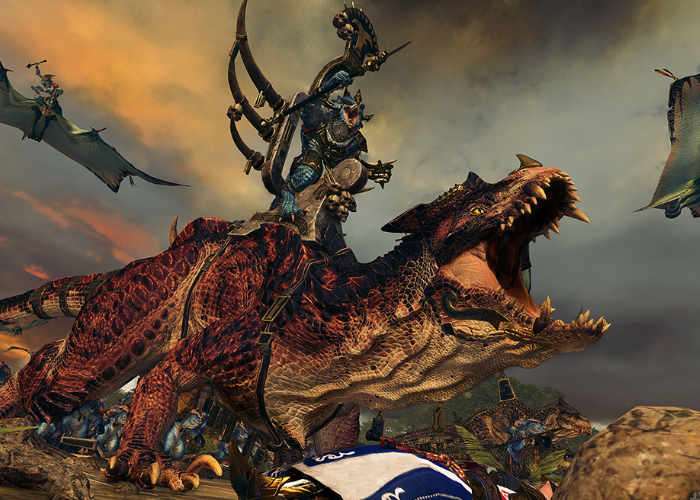 A new trailer has been released providing a glimpse at what you can expect from the new Total War: WARHAMMER II that will be launching before the end of the year.

Check out the Total War WARHAMMER 2 Lizardmen In-Engine Trailer to whet your appetite and enjoys some of the gameplay you can expect from the upcoming sequel to the award-winning Total War: WARHAMMER game.

Millennia ago, besieged by a Chaos invasion, a conclave of High Elf mages forged a vast, arcane vortex. Its purpose was to draw the Winds of Magic from the world as a sinkhole drains an ocean, and blast the Daemonic hordes back to the Realm of Chaos. Now the Great Vortex falters, and the world again stands at the brink of ruin.

Powerful forces move to heal the maelstrom and avert catastrophe. Yet others seek to harness its terrible energies for their own bitter purpose. The race is on, and the very fate of the world will lie in the hands of the victor. Prince Tyrion, Defender of Ulthuan, guides the High Elves in their desperate efforts to stabilise the vortex as it roils above their home continent.

It is time to march on the Fallen Gates. The Elf servants have blasphemed not just by leaving Ulthuan, but by daring to interfere with the Cosmic Gates – an ancient device that can open a portal into the Realm of Chaos. For such a heinous transgressions, the Elves must be punished as decreed by Mazdamundi, the Lord of the Solar City.