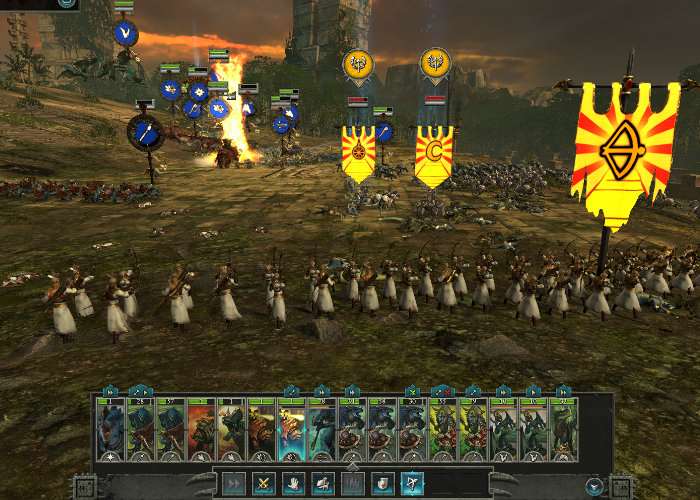 If like me you were looking forward to the launch of Total War Warhammer 2 you are sure to be interested in a new video which has been put together by the team over at Eurogamer which reveals what you can expect from the campaign gameplay.

Total War Warhammer 2 is an upcoming turn-based strategy and real-time tactics video game developed by Creative Assembly and published by Sega that will launch sometime during 2017.

Total War: Warhammer II features turn-based strategy and real-time tactics gameplay similar to other games in the Total War series. The game’s four playable races in campaign are Lizardmen, High Elves, Dark Elves, and an unknown race.[1] Those that own races from the first game will have the same races unlocked for multiplayer in the second and a grand campaign map spanning the first and second games’ campaign maps will be released in a patch after launch. The game’s campaign will be more narrative oriented than the sandbox campaign of the first game with each race battling to save or destroy the Great Vortex over Ulthuan.

Jump over to the Eurogamer website jump over for a full rundown on what they thought of the Total War Warhammer 2 gameplay and what you can expect in the new highly anticipated game.