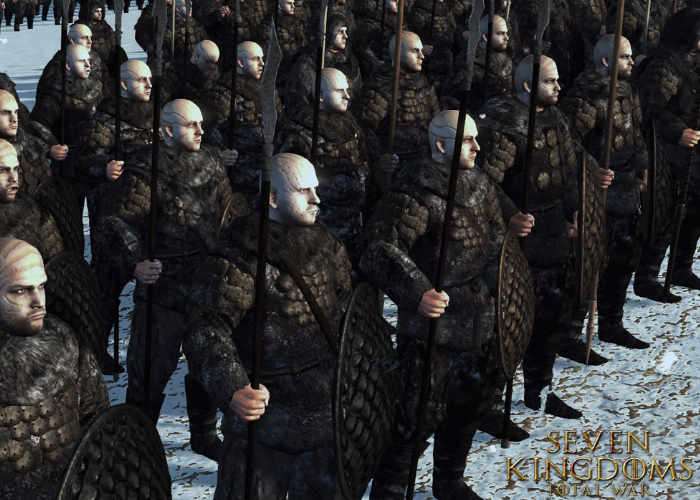 Total War players and Game of Thrones fans that have not already started playing the Total War: Seven Kingdoms mod maybe interested to now that a new update has been released this week that adds even more Game of Thrones content to enjoy.

Check out the trailer below for the Total War: Seven Kingdoms newest update “Beyond the Wall” which comes in the v1.02 update.

Seven Kingdoms: Total War is a complete faction and unit overhaul based on and inspired by A Song of Ice and Fire / Game of Thrones. The mod strives to accurately recreate and depict all major land forces of the Seven Kingdoms of Westeros using equipment, uniforms, and general aesthetics from the series.

New additions the latest update include :

Additionally, a number of changes and improvements have been made to existing content: