Toshiba had been teasing its new Android 3.0 Honeycomb tablet recently, and whilst they haven’t as yet revealed any official specifications it has now appeared on Amazon with some photos and specifications on this new 10.1 inch tablet. 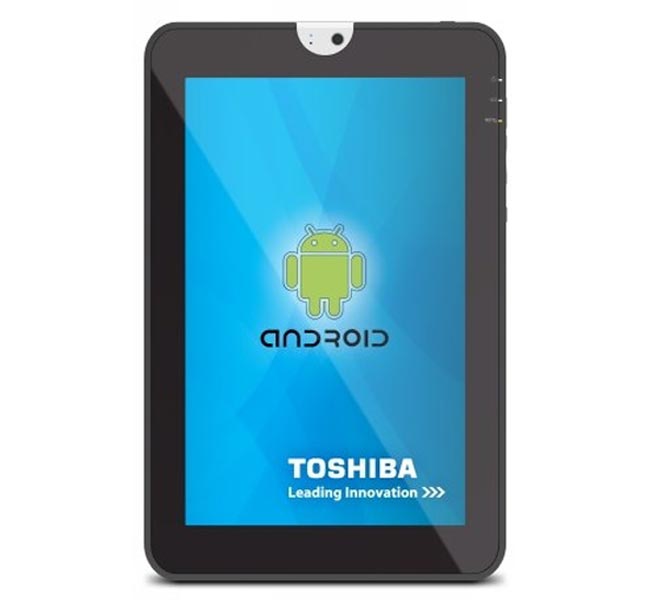 Other specifications on this new Android Honeycomb tablet from Toshiba include 802.11 b/g/n WiFi, Bluetooth, a USB 2,0 port plus a mini USB port, an SD card slot and a HDMI port.

The Toshiba 10.1 tablet also comes with a rubberized panel on the back that can be interchangeable and the battery can also be swapped out as well.

There are no details on pricing or availability as yet, as soon as we get some more information we will let you guys know.