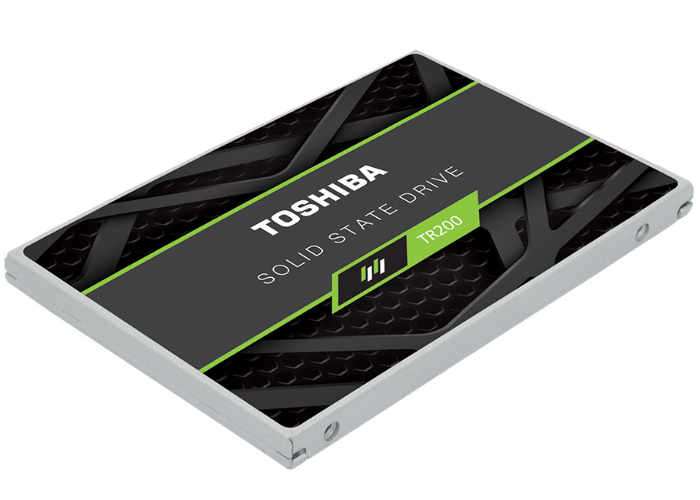 Toshiba has today unveiled a new addition to their range of retail solid state drive (SSD) with the unveiling of the TR200 SATA Retail SSD Series which comes equipped with 64-Layer 3D Flash Memory.

Showcased at this month’s China Digital Entertainment Expo & Conference (ChinaJoy) in Shanghai, China from July 27-30th and also available to view at the upcoming GamesCom conference which will take place in Cologne, Germany from August 22-26th.

The new Toshiba TR200 SATA SSD Series storage device has been specifically designed to operate on low power consumption allowing your systems to have a longer battery life as well as offer sequential read/write speeds of up to 550 MB/s and 525 MB/s and random read/write performances of up to 80,000 and 87,000 input/output operations per second. Alex Mei, vice president consumer SSDs and storage outbound marketing, at Toshiba America Electronics Corporation, Inc explains:

We are excited to provide consumers with the new TR200 series, our first retail branded SATA 6Gbit/s drives to leverage state-of-the-art Toshiba 64-layer TLC BiCS FLASH. Seeking to provide enhanced real world performance and value to customers, the TR200 SSDs were engineered from the ground up utilizing the latest 3D flash memory technology to be a cost-effective and power-optimized storage solution for desktop and mobile upgraders, gamers, and system builders.

For more information on the new Toshiba TR200 SATA SSD jump over to the official website for details by following the link below.