A new LED lightbulb is being released by Toshiba Lighting & Technology Corp with a total flux equivalent to that of a 60W incandescent lamp. Constructed from a lrage LED measuring 15x 15mm with fluxes of 810lm and 600lm. Currently there is  no other 8.7V LED light bulb that has a total flux of 810lm. 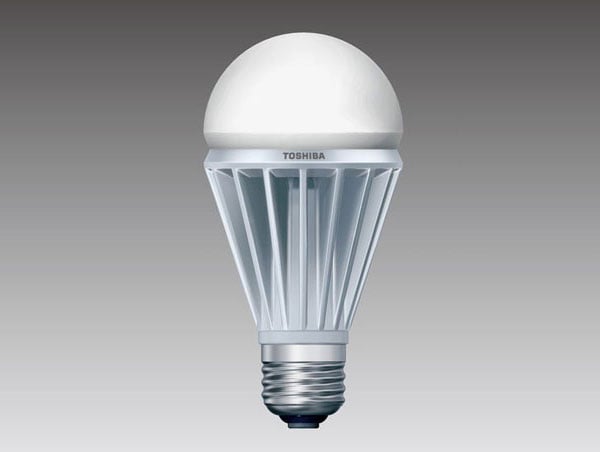 The new lightbulb  design disperses more than a hundred LED chips in a large package to prevent heat from concentrating. While previous Toshiba products leveraged Nichia Corp’s general-purpose LED packages, the company developed its own LED package for this new product. They targeted a total flux 1.5 times higher than that of the company’s former product. The increased brightness resulted in more heat that had to be disipated, so the company reportedly elongated the chassis from 109mm to 119mm to expand the radiating area.