Toshiba has launched a new budget Android tablet, the Toshiba Excite 7, which will retail for $170, and comes with a 7 inch display that has a resolution of 1024 x 600 pixels.

The Toshiba Excite 7 comes with Android 4.2.2 Jelly Bean, and it is powered by a quad core 1.6GHz Cortex A9 processor and also features a Mali 400 GPU. 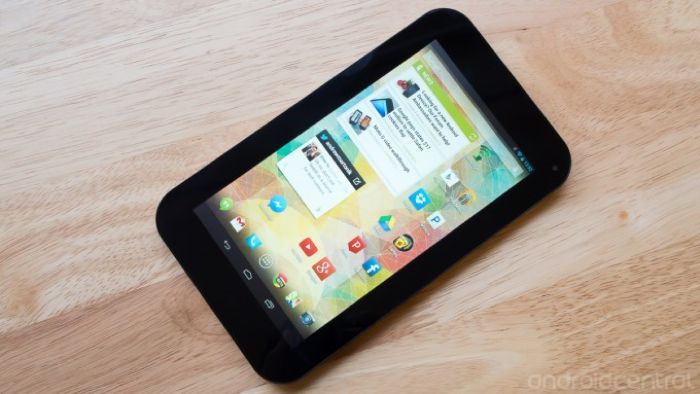 Other specifications on the Toshiba Excite 7 include 1GB or RAM and 8GB of built in storage, should you need additional storage, the tablet comes with a microSD card slot for expansion.

The tablet also comes with 802.11 b/g/n WiFi and Bluetooth 4.0, it is equipped with a 14wh battery that will give you up to 13 hours of usage and also comes with a microUSB port.

The guys over at Android Central have got their hands on this new budget Android tablet from Toshiba, head on over there at the link below to see what they thought of the Toshiba Excite 7.