Toshiba has announced a new notebook computer that is set to launch in October called the Satellite A665 3D Edition. The new notebook is 3D ready as you can tell by the name and uses NVIDIA 3D Vision with active glasses.

The notebook ships with one pair of glasses and has a 15.6-inch HD resolution LED backlit screen. Users can option the notebook with either an Intel Core i5-460M CPU or a Core i7-740QM CPU both with Turbo Boost tech. The GPU inside the notebook is a GeForce GTS 350M with 1GB of RAM. 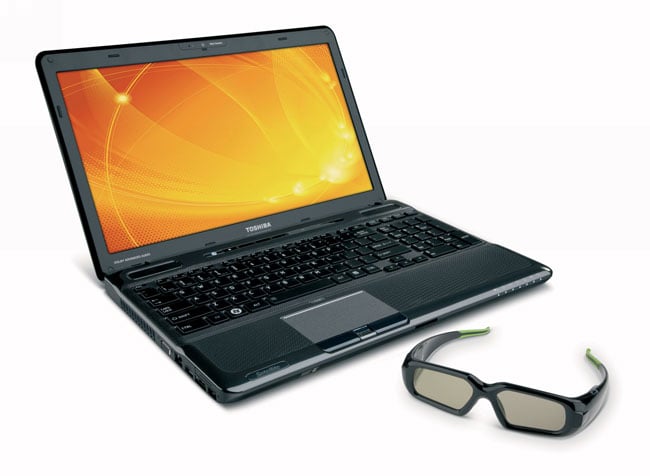 Other features include WiFi, a 6-cell battery, Blu-ray, 640GB HDD, up to 6GB of RAM, and eSATA along with a webcam. Options include WiMax, a 12-cell battery, and Bluetooth. The notebook also has HDMI 1.4 output for sending 3D content to your TV and can upscale 2D films to 3D. The notebook will start at $1299.99.