Again, that perpetual question: how did they do it? Take a blank canvas and a bunch of IR LED bulbs then arrange the latter behind the former. Easy, right? 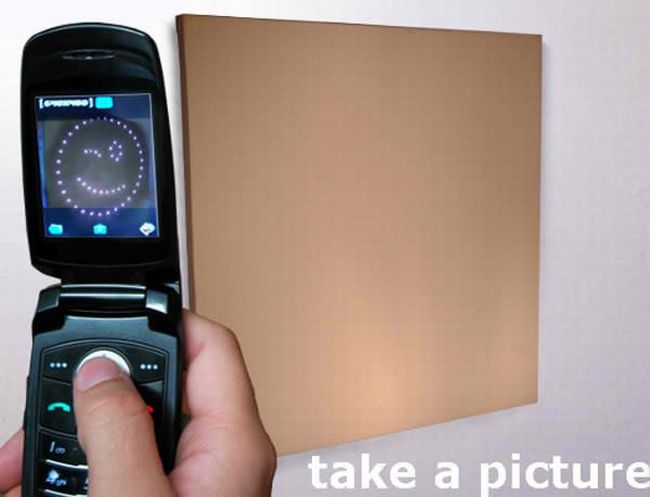 Pictured below is  the proper method of viewing the blank canvasses displayed by Brad Lucher and Kyle Clements. IR LEDs are invisible to the naked eye so your phone cam works handy allowing you to see the secret artistic marvel. As one blogger noted, it’s a clever way of using augmented reality.

But to be honest, we’re a it underwhelmed by the pictoral evidence. You go all the way to see these non-paintings and when you snap a pic it’s only a smiley winking at you? That’s too banal for comfort. Where’s the high aht and beauteh?

Quick, someone get in touch with Damien Hirst and let him experiment with this method. It’s a sure bet he’ll come up with something that’s a feast for the eyes, though we must admit his installations are much better than his attempts to visually arrest us with his canvass work.

This particular type of art has also given us an idea. Could people engaged in the espionage business use the same message to communicate instructions and drop off points? Hmmm…