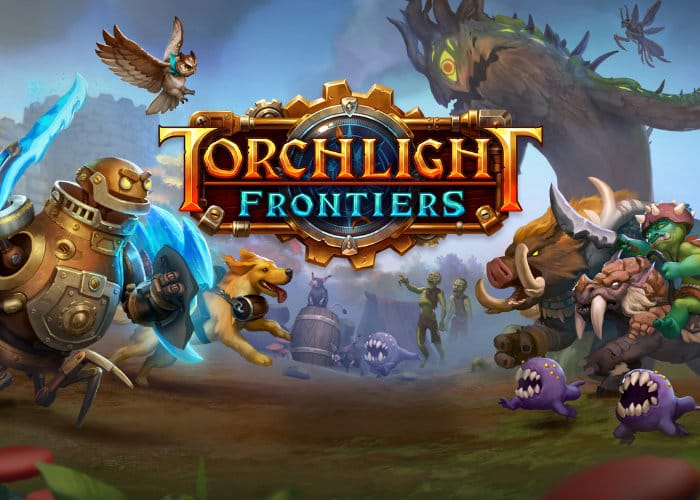 A third Torchlight game has been surprisingly announced by Perfect World Entertainment today which is currently in development by the team at Echtra Games based in San Francisco. The game studio was founded by Runic Games CEO Max Schaefer back in 2016.

A new trailer has been released with the announcement of Torchlight Frontiers in the developing team expects to launch the game sometime during 2019. If you are interested in helping with development the game’s beta development stage registration portal is now open.

Torchlight Frontiers will be available to play on Xbox One, PlayStation 4 and PC systems and Max Schaefer, CEO of Echtra Games explains : “Evolving the Torchlight universe into a shared world has always been a goal for the franchise, and I’m excited that we’re finally able to make it a reality. Torchlight Frontiers will be a living, breathing universe that will still feel uniquely Torchlight, while we add our own creative spin to the game. The team is building something truly special, and we can’t wait for fans to play it for the first time at Gamescom and PAX West.”

“Perfect World Entertainment has had a strong working relationship with Max Schaefer, dating back to the original Torchlight game, and we believe in his vision to evolve the Torchlight series. Max has put together an all-star team of developers, and we continue to be amazed by the sheer level of talent and wealth of experience that they bring to Torchlight Frontiers. We’re proud to have Echtra Games as a part of the company.”

More details and to register your details to take part in the beta development stage jump over to the official website by following the link below. For further details and additional videos for the new Torchlight Frontiers game also visit the IGN gaming site.