AnTuTu has just released a report of the top 20 Android devices for quarter one of 2014, included in the report is details on the most popular devices is the USA, this also includes tablets. 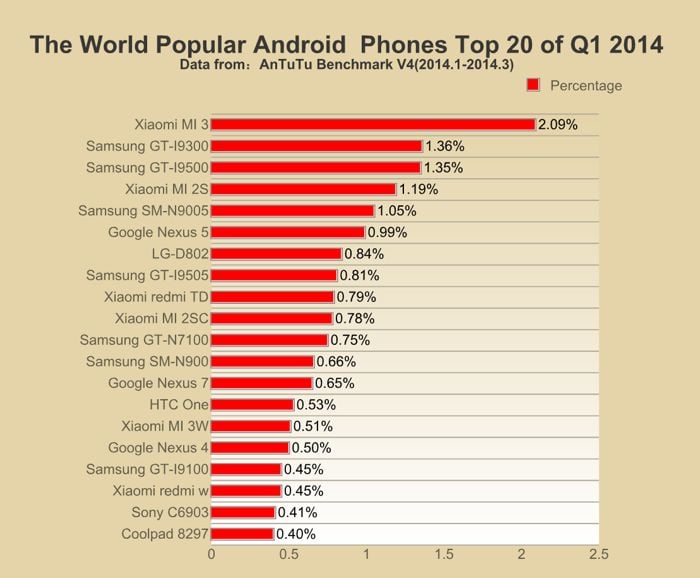 AnTuTu Labs received millions of devices data (users’ AnTuTu Benchmark test scores and devices info) of the Android mobile phones in the past Q1. Through statistical analysis, we could see the new trend of most popular android phones worldwide. (from 2014.1.1to 2014.3.31)

What is clear from the list is that both Samsung and Xiaomi are dominating the top 20 devices, Also on the list is the Google Nexus 5.

AnTuTu also released a chart of the most popular Android devices in the US for the 1st quarter of 2014, you can see the list below. 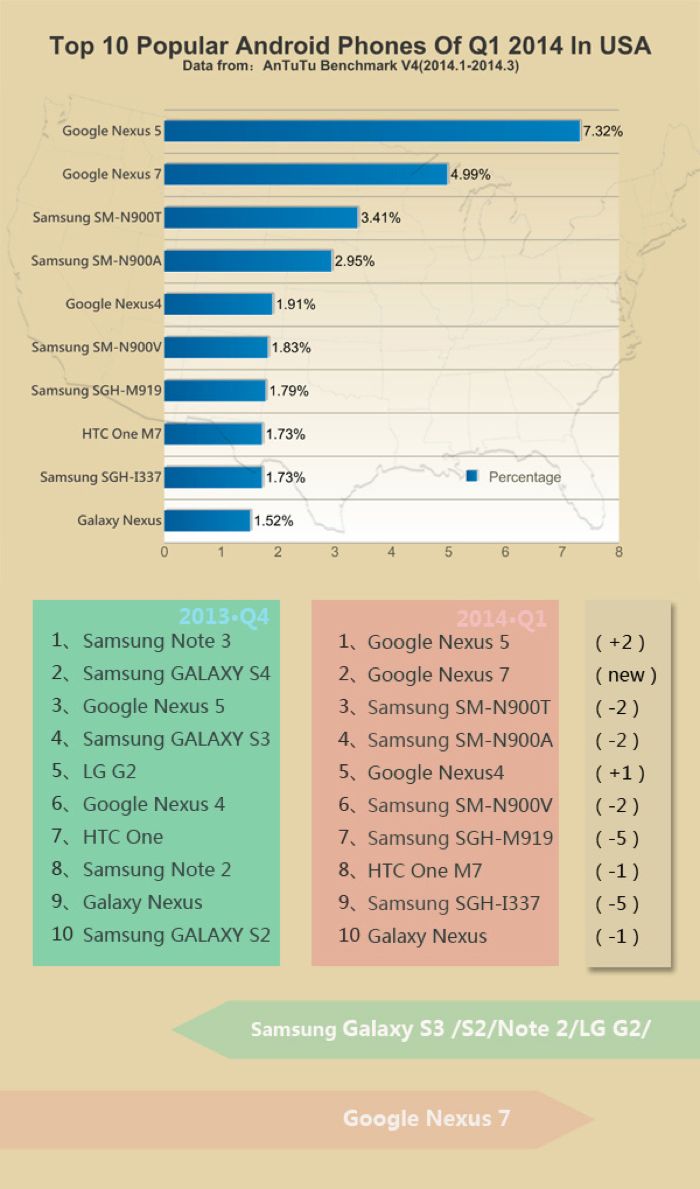