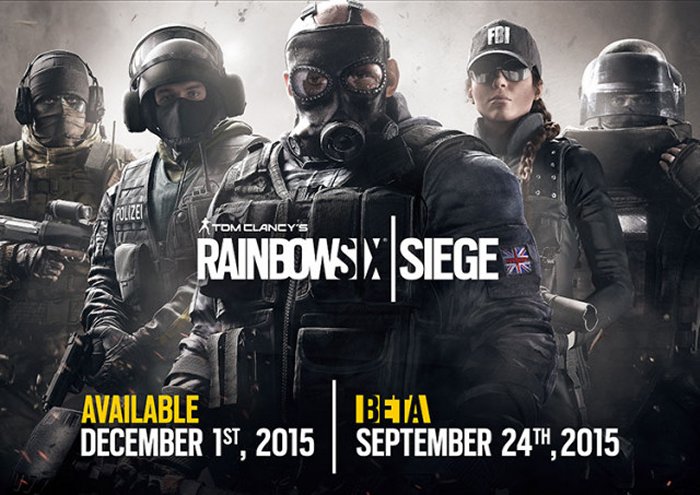 Gamers interested in taking part in the closed beta testing phase of the new Tom Clancy’s Rainbow Six Siege need to preorder the game before its launch on 1st December 2015.

Once pre-ordered gamers will then be offered guaranteed access to enjoy the Tom Clancy’s Rainbow Six closed beta testing that is already underway and provides PVP and PVE, 14 operators and 3 maps to test out.

To learn more check out the new closed beta trailer for the latest Rainbow Six Siege game below to whet your appetite and see a glimpse of the gameplay that you can expect to enjoy.

Inspired by the reality of counter terrorist operatives across the world, Tom Clancy’s Rainbow Six Siege invites players to master the art of destruction. Intense close quarters confrontations, high lethality, tactics, team play, and explosive action are at the center of the experience.