I haven’t worn a watch in years, but the last one I had didn’t have numbers on the face. Some days I would have to count the numbers mentally that should have been on the watch face to be able to tell what time it was. It was a huge pain and I was glad to stop using the thing. I can only imagine how long it would take me to tell time on the Tokyoflash Kisai Transit watch. 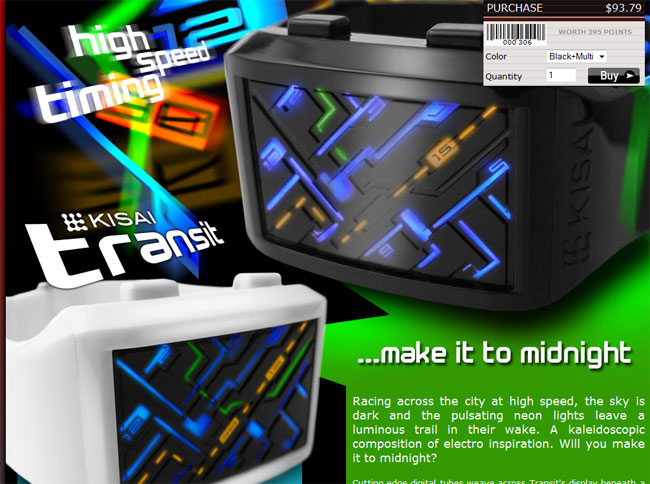 This watch has 30 and 15 printed on the front, but that isn’t where the minutes are displayed. The watch is supposed to look like a city at night, but it looks like a circuit board to me. The green line is the single minutes, the orange line is for minutes in groups of five, and the blue line is for hours.

I could get the hours easy enough since they are where the normal hours would be. The minutes would give me trouble though. The longer the colored lines, the more minutes on the clock. At least the 30 and the 15 marks on the front give you some sort of reference point.