The guys from Tokyoflash have just released their latest geeky timepiece, the Tokyoflash Kisai 3D Unlimited watch, which started out as a concept design and has now made it into the stores.

This is the fifth concept design that has become a real watch, and it comes in a choice of seven different colors, I think well let the guys from Tokyoflash explain how it works. 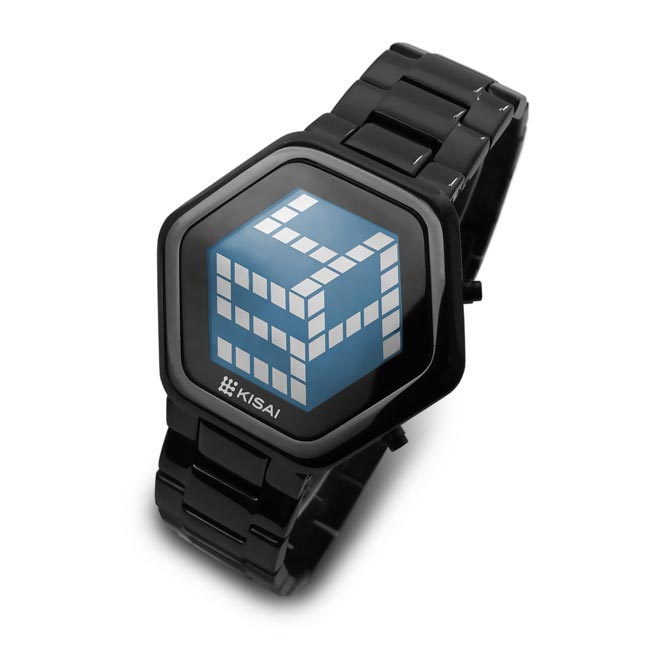 Easy to read at a glance, Kisai 3D Unlimited has an “always on” mirrored LCD display which shows the time in hours and minutes. One push of the lower button changes the display to date mode which shows month and date. The design also has an EL backlight which illuminates the display making it easier to read at night time.

If you want one, the Tokyoflash Kisai 3D unlimited watch is available for $120 from Tokyoflash.