A while back a guy named David Laituri founded a new product brand called onehundred. His first product was a set of stainless steel tools called Tuls Stainless Still that hit Kickstarter recently. These cards are a set of tools designed to fit in the wallet with the unique functions that are laser cut and laser etched. 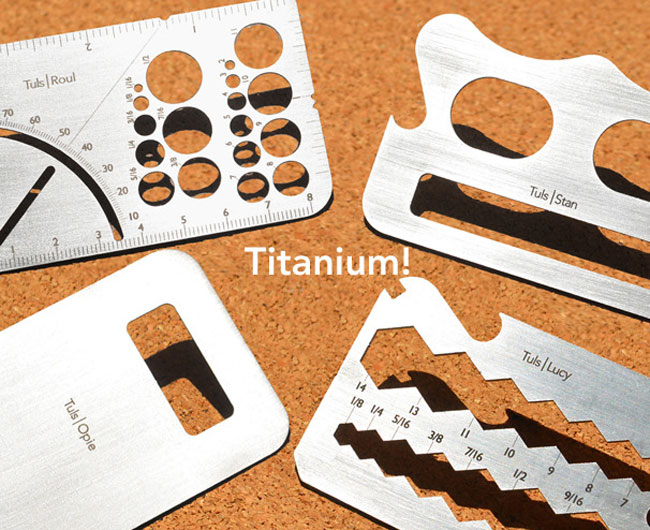 The cards promise to help users do things like measure, open bottles, fix things, and organize mobile devices. After the success of the stainless steel versions, a new version of those tools made from titanium are on Kickstarter. The maker says that the titanium versions are as hard of stainless steel what weigh one third as much as the stainless versions.

The set will be available in four models including Stan, Lucy, Roul, and Opie. The stainless steel and titanium versions are still available via Kickstarter right now with funding set and on September 10. The project was seeking $1500 and raised $25,822. A pledge of $66 will get you any two titanium tuls with delivery expected in October.