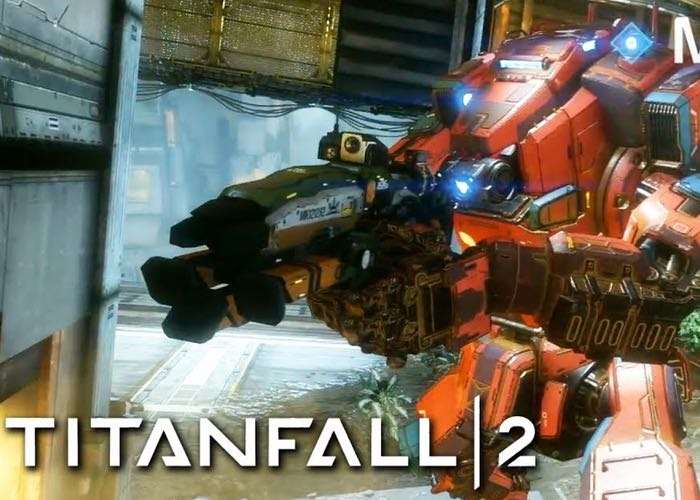 A new trailer has been released by the development team at Titanfall providing a first look at the new multiplayer Titan but will be available in the new DLC update that will be launching for Titanfall 2: Monarch’s Reign.

The latest DLC features the addition of the 7th multiplayer Titan: Monarch, the IMC’s attempt to reverse-engineer the Militia’s Vanguard-class Titan with a decided focus on flexibility through survival and support options, check out the trailer below to see it in action.

The Monarch is unlike any other Titan and features a unique Upgrade Core, which allows her to improve her combat abilities during a battle based on options set by her Pilot. Monarch also has an impressive ability to draw power from enemy Titans to recharge her own shields, or the shields of her friendly Titans.

Monarch’s Reign also brings the return of Relic; a classic map from Titanfall set among the old wreck of the IMC carrier IMS Odyssey. This remastered map features a worksite where Pilots have created clever wall running routes by hanging pieces of the wreckage between buildings.

The Monarch’s Reign DLC pack also brings new cosmetic items for purchase, including the debut of Ronin Prime and Tone Prime. Ronin Prime charges the field with a samurai-inspired aesthetic including a visual-upgrade for his sword so he may more stylishly pierce the heavens (and enemy Titans). As the cherry blossoms fall across the battlefield, don’t forget to check out the Monarch’s Reign Camo Pack, inspired by World War 2 “dazzle camouflage” with broad patterns and striking colors to keep your opponent guessing. New Art Packs are now available for each Titan, as well as a new Callsign Pa