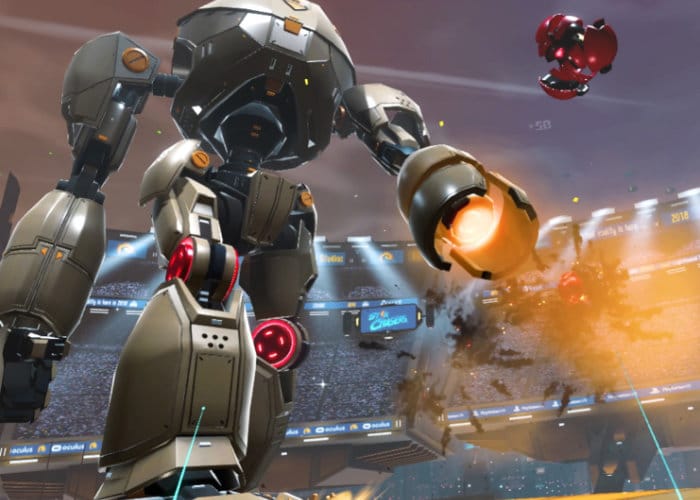 The Lightbound Studios game development team consisting of former God of War developers has taken to Kickstarter this week to launch a new crowdfunding campaign to raise funds to create a new first person virtual reality action shooter entitled, Titan Arena. Watch the promo trailer and Kickstarter video below to learn more about the virtual reality game which is being created for the Oculus Rift, HTC Vive and Windows Mixed Reality headsets.

“Titan Arena is the brainchild of two former God of War devs. It is a fast-paced, first-person, action VR shooter where you (a human) battle against colossal robots using many unique weapons!”

The game is now available to back with early bird pledges available from just $17 or roughly £13 with availability expected during April 2019. “Feel the presence of these giant metal beasts in virtual reality and experience the heart pounding battle in a crowd filled sci-fi arena! As you progress through the game, you will unlock new weapons and battle fiercer Titans and enemies.”

For more information on the new virtual reality shooter being created by Lightbound Studios Jump over to the official Kickstarter campaign page by following the link below.