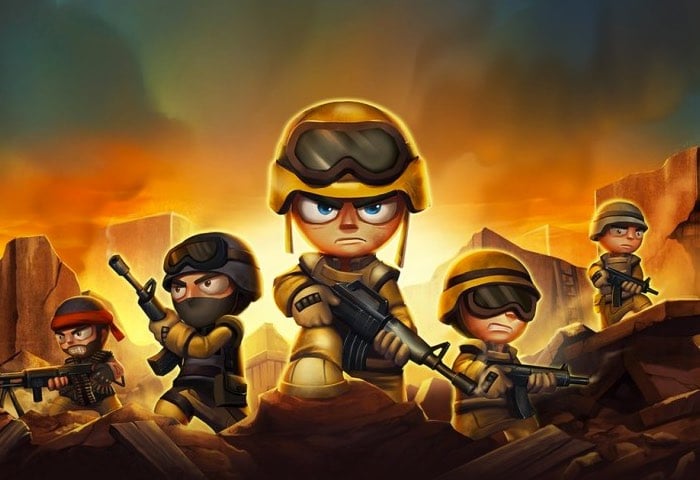 After launching on mobile devices and PC systems via the Steam games network, fans may be interested to know that Tiny Troopers Joint Ops has today launched of Microsoft’s next-generation Xbox One dimming system and is now available to purchase price to just $9.99.

The popular arcade shooter provides a number of new features that are exclusive to its Xbox One launch and include all new zombie wave maps. As well as offering 7 hours of gun toting explosive gameplay.

Features include Over 60 action-packed mini-maps of mayhem including Zombie Survival Mode with online leaderboards, the ability to recruit specialist mercenaries such as Medics, Machine Gunners and the Elite Delta Force to subdue enemy insurgents and Twin-stick arcade control system to blast your way through waves of enemy rebels.

Exclusive to Xbox One – experience the ALL NEW Zombie Wave Maps where the desert-dwelling dead are descending in droves to devour you in “Operation: Zombie Storm”, or fight back against a flock of poultry that ain’t paltry in “ZFC”, cruise and clear the airfield of cantankerous cadavers in “Zombie Patrol” or call in help from the skies whilst facing endless waves of Zombies in “Z-End”.

Take control of your tiny troopers as you battle evil adversaries from around the world with a multitude of weapons. Recruit specialist mercenaries such as Medics, Machine Gunners and the Elite Delta Force to subdue enemy insurgents! Collect medals, dog tags, Intel and more during the course of each mission to ensure victory.