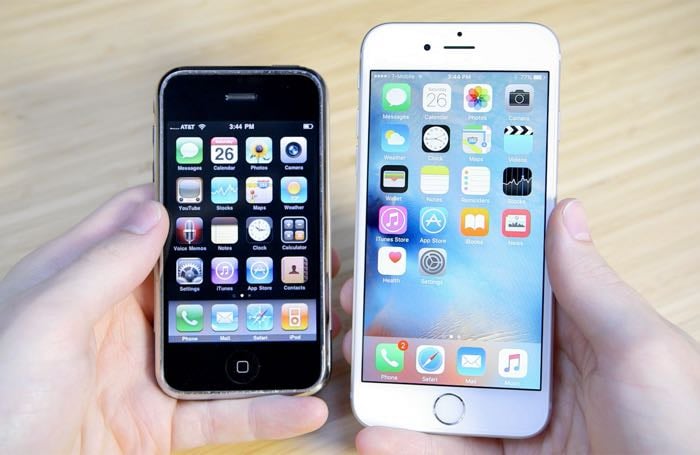 Mobile phones were pretty boring before Apple introduced their first iPhone back in 2007, since then smartphones have become the most popular devices available today.

Now Time has published a list of the 50 most influential gadgets of all time and Apple’s iPhone is number 1 at the top of the list.

Apple was the first company to put a truly powerful computer in the pockets of millions when it launched the iPhone in 2007. Smartphones had technically existed for years, but none came together as accessibly and beautifully as the iPhone. Apple’s device ushered in a new era of flat, touchscreen phones with buttons that appeared on screen as you needed them, replacing the chunkier phones with slide-out keyboards and static buttons.

What really made the iPhone so remarkable, however, was its software and mobile app store, introduced later. The iPhone popularized the mobile app, forever changing how we communicate, play games, shop, work, and complete many everyday tasks.

head on over to Time at the link below and see some of the other gadgets on the list which include the Apple Macintosh, the Sony Walkman, the iPod, Atari 2600, NES and many more.