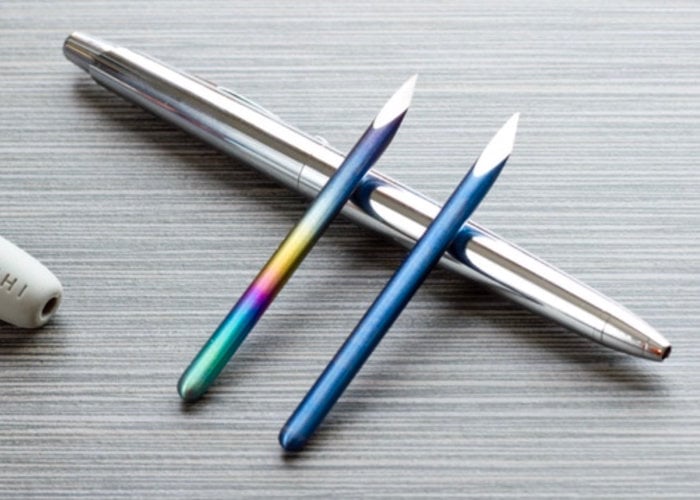 Sander Bakker at SplinterSeed has created a new titanium mini knife in the form of the Tidashi 2.0, which as the name suggests builds on the previously launched model from 2015. Check out the promotional video below to learn more about its construction and finish which uses a unique anodising method for bringing out the amazing colours of the natural titanium oxide layer that covers any titanium object.

Pledges are available from just $22 with free shipping throughout the United States included. International shipping is also available from $5 and products are expected to start shipping during September 2019.

“In 2015, when I crafted the original Tidashi from a rough piece of Titanium stock, I had felt the urge to step away from my computer and design something in a different way. With the use of basic tools, a simple design emerged from my hands. A small and tactile object that has proven to be more useful in everyday life than I had expected. Along with many of the original adopters, I still use this little cutting tool on a daily basis. It really has withstood the test of time.”

“True to its origins, the Tidashi 2.0 is cut from grade 5 titanium, known for its toughness and corrosion resistance. It is often used in diving knives, as it is lighter than steel and able to resist even the harsh environment of salt water. In order to increase the manufacturing accuracy and consistency of this new iteration of the Tidashi, I have decided to have its basic shape cut by CNC. This will allow me to focus more on the final finish of the Tidashi.”