Tech hardware site AnandTech has been putting Thunderbolt through its paces using Windows and one of the first PC motherboards to support the Thunderbolt specification. The testing shows that most Thunderbolt storage will work off the shelf with the new motherboard.

AnandTech was also able to get Apple’s Thunderbolt Display working.However a few things don’t yet fully function on the on the Apple Display such as brightness controls and USB support. 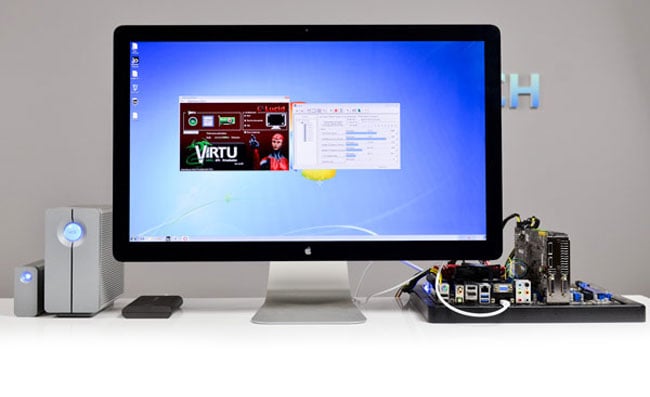 Hot plugging the feature that allows you to swap Thunderbolt componentns also didn’t work in the tests. But Intel have contacted AnandTech to explain that:

“updated drivers for Windows certified Thunderbolt devices that will enable hot plugging under Windows as well as address some of the behavior we’ve seen. Intel further informed us that MSI’s board has not yet made it through the certification process and a lot of these teething issues will hopefully be addressed by then.”

Thunderbolt once codenamed Light Peak was developed by Intel and brought to market with technical collaboration from Apple, and provides an interface for connecting peripheral devices to a computer via an expansion bus.