UK mobile carrier Three has today announced that they are preparing to roll out their new 4G connectivity to four major UK cities in December of this year, with another 42 UK cities due to be added to the list by the end of 2014.

The Cities that will be receiving the new Three 4G coverage come as now surprise and will be London, Birmingham (including the surrounding West Midlands), Manchester, and Reading allowing users to browse with speeds up to 14 Mbps. 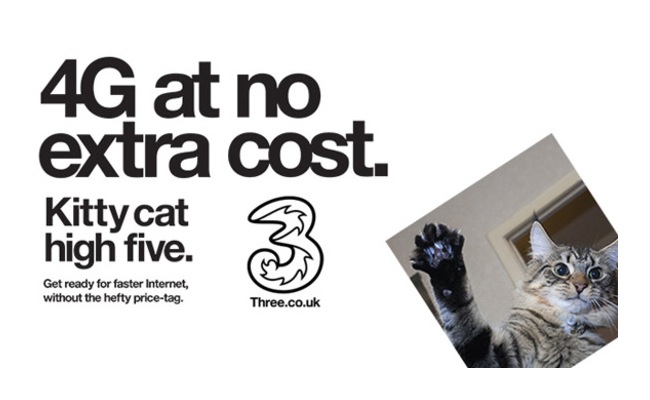 Three customers with compatible smartphones and tablets working on Three’s 800 MHz and 1,800 MHz frequencies on LTE bands 3 and 20 will be automatically upgraded to the new 4G service for free which no additional charges to be paid.

“Three already claims the fastest 3G network in the UK due to the implementation of HSPA+ and DC-HSDPA technology, which allow theoretical browsing speeds of up to 6 and 12 Mbps respectively.”